SERVICES FOR OUR CUSTOMERS

NEW SERVICES FOR OUR GUESTS AND FOR THEIR SAFETY 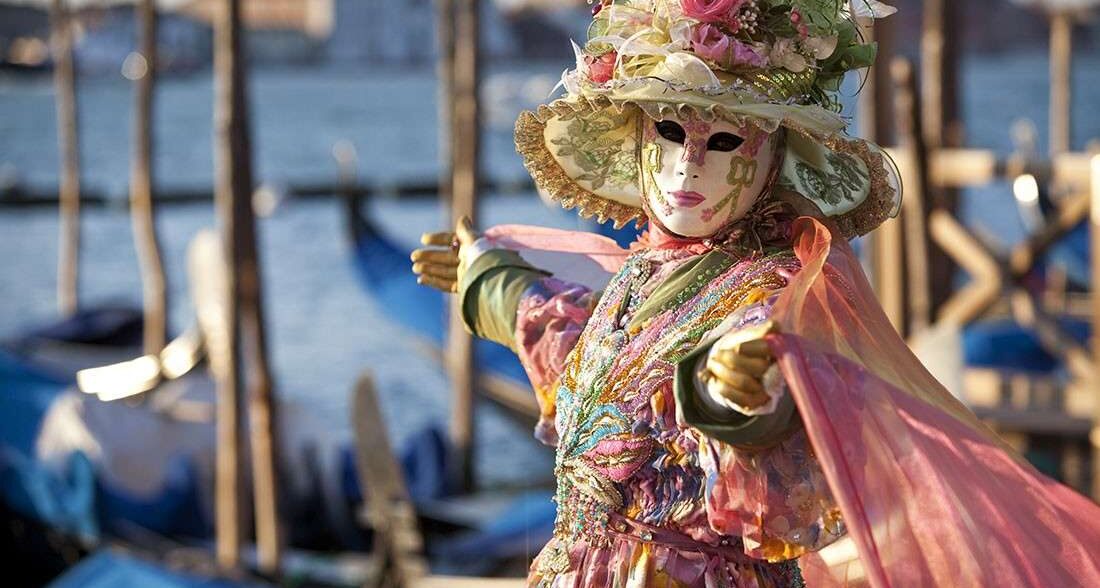 The origins are very old: the first evidence dates back to a document by Doge Vitale Falier in 1094 where there is talk of amusements and where  the word Carnival is mentioned for the first time .

The Carnival was born thanks to the Venetian oligarchy which understood the Serenissima’s necessity to let people , above all the lower class, live a period of the year completly dedicated to fun and entertainmnent, a period in which the Venetian people and foreigners flocked throught the city to have fun and enjoy musics and dances.

The anonymity granted by costumes and masks gave people the chance to obtain the same class level and to be authorized to mock the authority and the Aristocracy.

These concessions were widely tolerated and considered a providential outlet to the tensions and the discontent which arose in the Republic of Venice which placed strict limits to its citizens on issues as common morality and public order.

The first official document which states that the Venetian Carnival is a public feast was written in 1296 when the Senate of the Republic announced as a Feast the day before  Lent.

During that period, and in the following ones the Carnival lasted for 6 weeks from December 26th to the Ash Wenesday even thought sometimes the entertainments were began on the first days of October.

The citizens who wear masks and costumes can completely hide their identity and erase every characteristic belonging to a certain social class, sex and religion. Everyone can have attitudes and behaviours belonging to the new costumes and to the altered appearances. According to that the greeting which was constantly used when a “character” was seen along the street was “ good morning Ms Mask”.

The Feast of the “Marie”

This ancient Venetian feast which has a controversial origin and which has only been told us  from 1039, was introduced approximately around the year 943 and then continued within the carnival period when it was established.

During the day of Mary’s Purification, 2 February, in Venice it was used to celebrate the day of the brides’ blessing  when 12 marriages of young ladies were blessed all together in S .Pietro di Castello, ladies who were chosen among the poorest and of the most beautiful ones in the city.

To help to establish the brides’ dowry the Venetian aristocracy was involved with some donations and the Doge was used to loan to the young ladies the marvellous jewels and the golds coming from the treasures of the city.

After the sumptuous marriages which took place under the presence of the Doge and the aristoracy the brides were taken towards S. Mark’s Square. When they arrived at Doge’s palace the brides received the gifts of the Doge who invited them at Palazzo.

Afterwards the procession was boarded on the Bucinturo which was followed by a lot of fellows’ small boats and sailed the Gran Canal to Rialto reaching later  the Church of Santa Maria Formosa where other solemn celebrations took place.

It seems that in 943 in the period of Pietro III Candiano’s Dogado during marriage celebrations some Istrian pirates broke into the S. Mark’s church and kidnapped the brides and their donations amid everybody’s astonishment.

Some venetians pursuited the pirates who were finally captured and killed. The 12 brides and the golds were saved.

In order to honour the event the Feast of the “Marie” was established and every year 12 beautiful young ladies are chosen from each venetian district to remind to the venetians the pirates and the kidnapping of the brides.

The Flight of the Angel

In an edition of the carnival in the mid-sixteenth century  among the various exhibitions and shows organized in the city, an extraordinary event was realized under everybody’s amazement : a turkish young acrobat was able to reach  San Mark’s bell tower with a stick by walking on a long rope which was knotted to a boat anchored on the Piazzetta pier.

After the great success of that event the Flight of the Angel was requested as an official  ceremony every year with similar techniques and numerous variations. 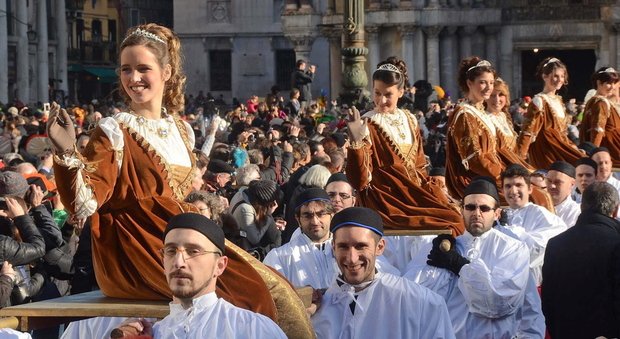 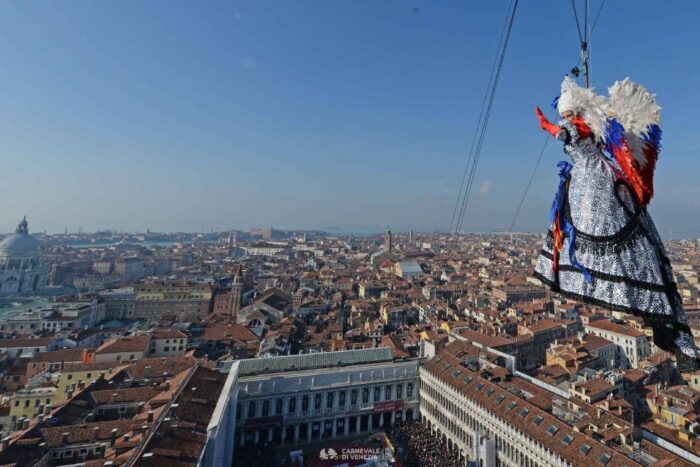 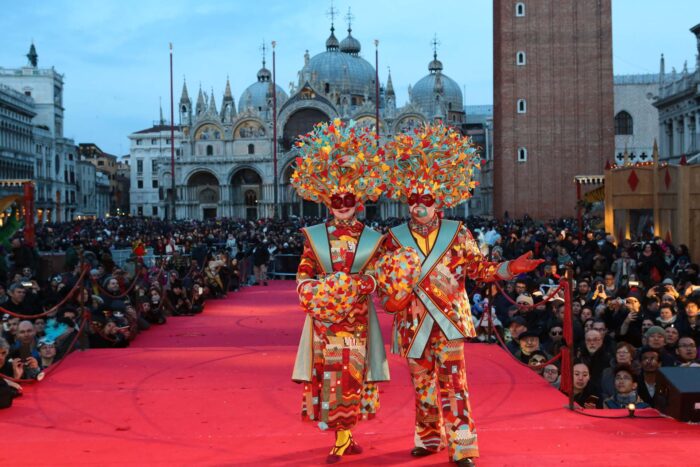 To contact our staff please fill in the following form